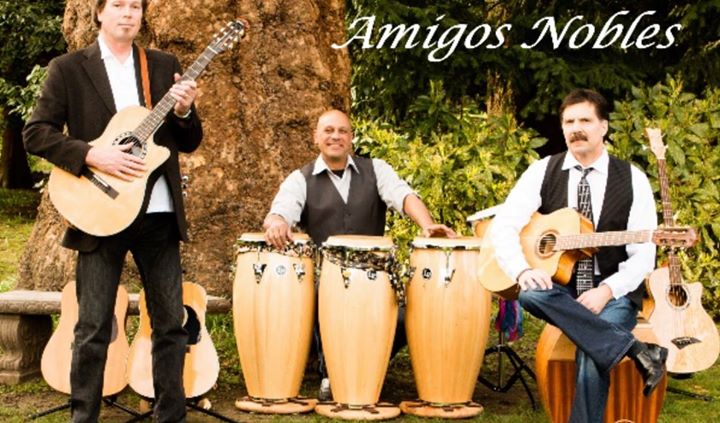 This dynamic trio plays flamenco with a contemporary twist. Enjoy an evening filled with the excitement that defines flamenco by a group whose music is tightly complex and compelling. DAZZLING! Check out their music at http://www.amigosnobles.com

Jerry Wirkkala is a masterful guitarist who’s been fusing nuevo flamenco, blues & jazz & has been performing around the Seattle area for a number of years. Richard Ferguson has been a rock player for many years. After attending a Gipsy Kings concert Richard became inspired, purchased a classical guitar and began learning the Euro-Nuevo Flamenco style songs Jerry was playing. Angelo Ortiz is a well-known , gifted percussionist, recently named Best Instrumentalist by the Washington Blues Society in 2016. Angelo has had multiple previous nominations for best percussionist and has appeared on the cover of “Big City Rhythm and Blues Magazine, a nationally published music trade magazine.