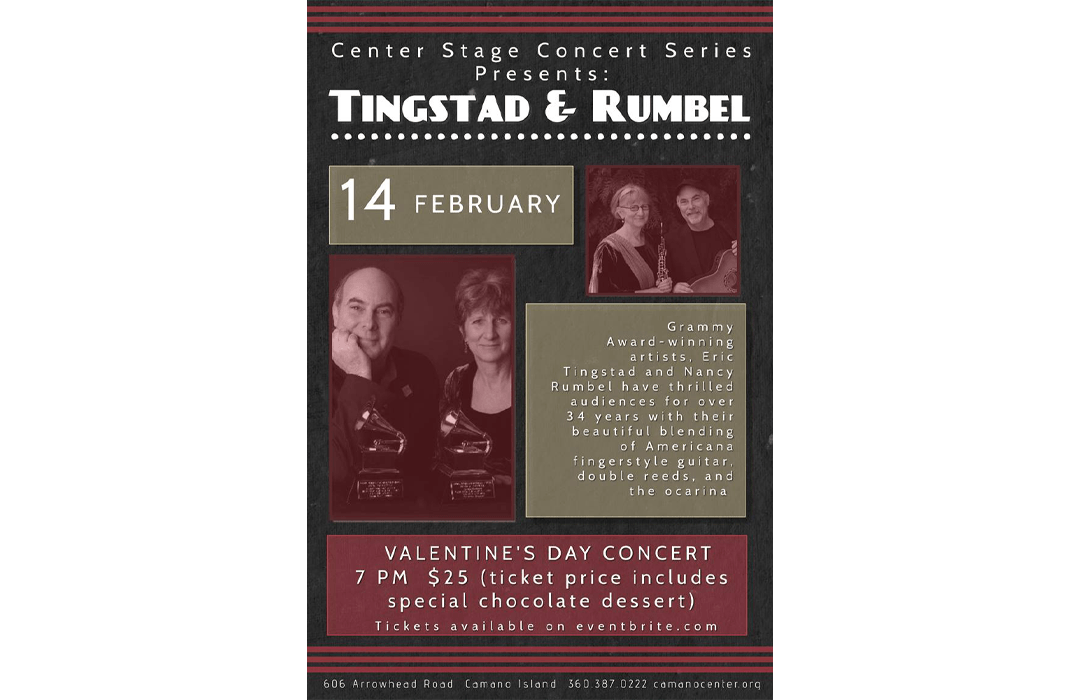 For more than 34 years, Grammy Award-winning artists, Eric Tingstad and Nancy Rumbel have performed and recorded music together. Their perfect blending of Americana fingerstyle guitar, double reeds, and the ocarina lends magic to any season and fills the world with hope and beauty through the redeeming power of music.

These two are friends who enjoy each other’s company and truly love making music together. Eric and Nancy began their collaboration in 1985. Their debut album, The Gift, quickly became a holiday classic. The next 20 years saw countless reviews including The New York Times, The Washington Post, Billboard and number one debuts on radio charts. In 1998, American Acoustic was honored as “Acoustic Instrumental Album of the Year.” They appeared at Carnegie Hall in 2000. And in 2003 they received a Grammy Award for “Acoustic Garden.”  Their latest project, “Leap Of Faith” appeared at #6 on the NAR charts and is a masterful mix of covers and original songs, with great balance in tempo and style. It’s one of the most entertaining and refreshing gems to come along in a while.

Tickets to this special Valentine’s Day performance (including a decadent chocolate dessert) are available by calling the Camano Center at 360-387-0222 or by clicking here to get to the Eventbrite ticket site.