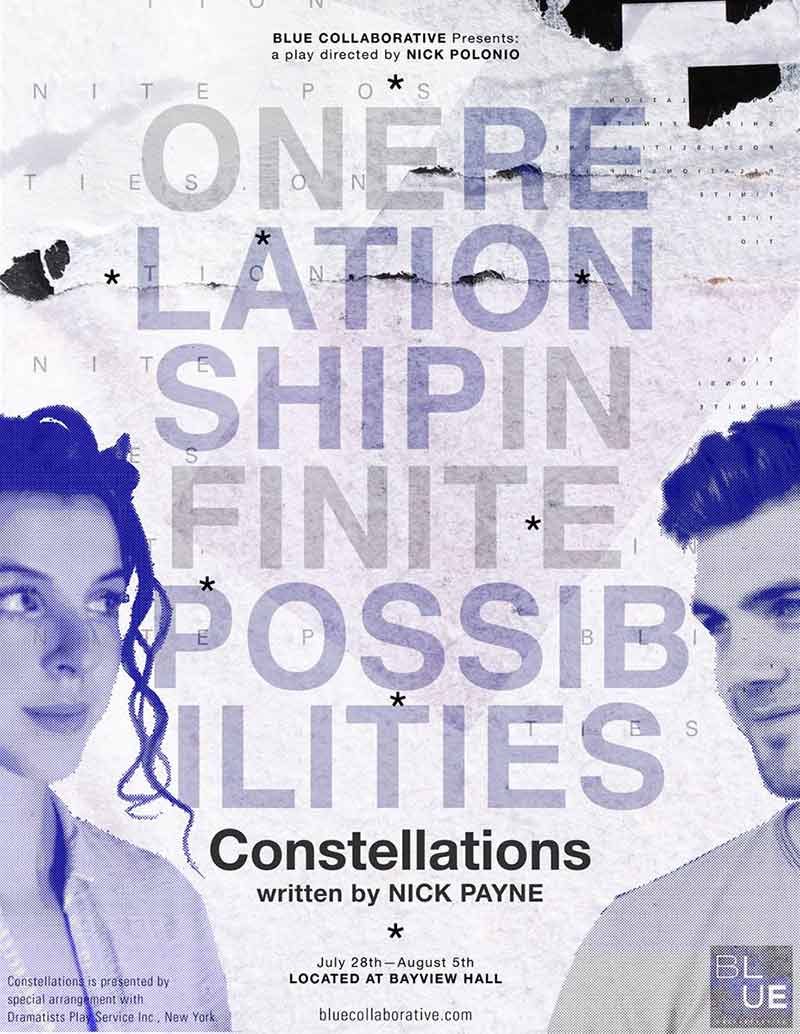 Described by the New York Times’ Ben Brantley as, “…maybe the most sophisticated date play Broadway has seen,” Nick Payne’s, “Constellations,” is a play about free will and friendship; it’s also about quantum multiverse theory, love, and honey.

“Constellations” now comes to Whidbey Island, thanks to some local actors who have since pursued professional careers in New York City.

This spellbinding, romantic play begins with a simple encounter between a man and a woman. What happens next defies the boundaries of the world we think we know—delving into the infinite possibilities of their relationship and raising questions about the difference between choice and destiny. Science and romance collide in this unusual love story that’s delighted audiences in New York and London.