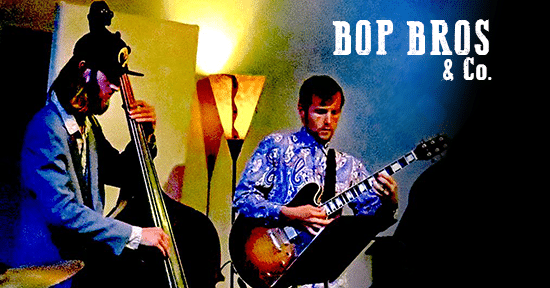 Music in the Barn at Dancing Fish Vineyards

Keegan and Josh met while attending music school together in San Luis Obispo, CA in 2010. Since then they have played with many artists including Charlie Shoemake (George Shearing), Andy Martin (Gordon Goodwin Big Phat Band), Terry Trotter and many more.

Keegan and Josh have both played with many groups together and individually, nationally and internationally and recently recorded on Charlie Shoemake’s most recent album, “Central Coasting”.

Keegan is a Whidbey native who recently returned with his new family to open his music store, Blue Sound Music in Langley, where he teaches bass lessons and samba drum classes. Josh Collins and his wife recently moved from California to Whidbey to experience the local island life and all it has to offer.