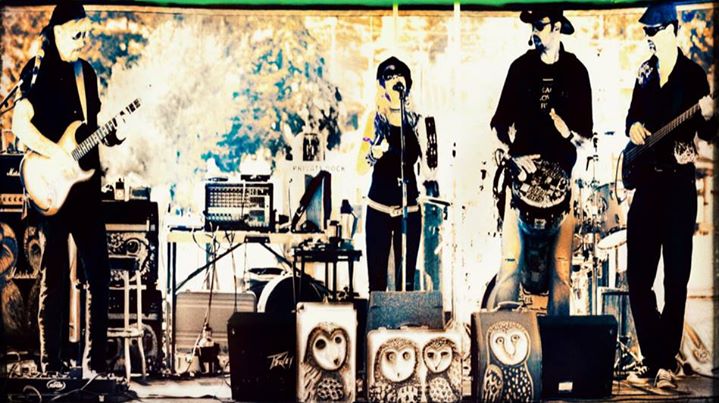 The duo “Janie and Joe” are well known in their corner of the Pacific Northwest woods on Whidbey Island and Far beyond.
With years of notable appearances at Festivals, Bars, Taverns and Coffee Houses, Tours and thousands of CDs sold they are now culminating the process in their current project with the T.Rust Band – “Live Music Tonight”.

The sets feature a “Roots – Blues and Sultry Soul Revolution” filled with the Bluesy energy of “Come to Listen, Stay to Dance!”

With threads from her Irish Folk and Celtic past as well as Blues drenched vocals from her years as one of the most memorable Blues voices in the region, (and twice nominated for vocals by W.B.A.) Janie Cribbs and her partner Joe Reggiatore make their Own music. It’s a brand of “Freedom Music”, with nods to The Staples Singers for that Mantra.

Joe Reggiatore, who himself hails prominently from the L.A. Rock scene, found himself on a deserted North West beach with nothing but a beat up old acoustic guitar. His rebirth into an acoustic and electric guitar-playing original was crafted in thousands of hours of solo exploring with his many guitars in his owl-lined rehearsal/writing space.