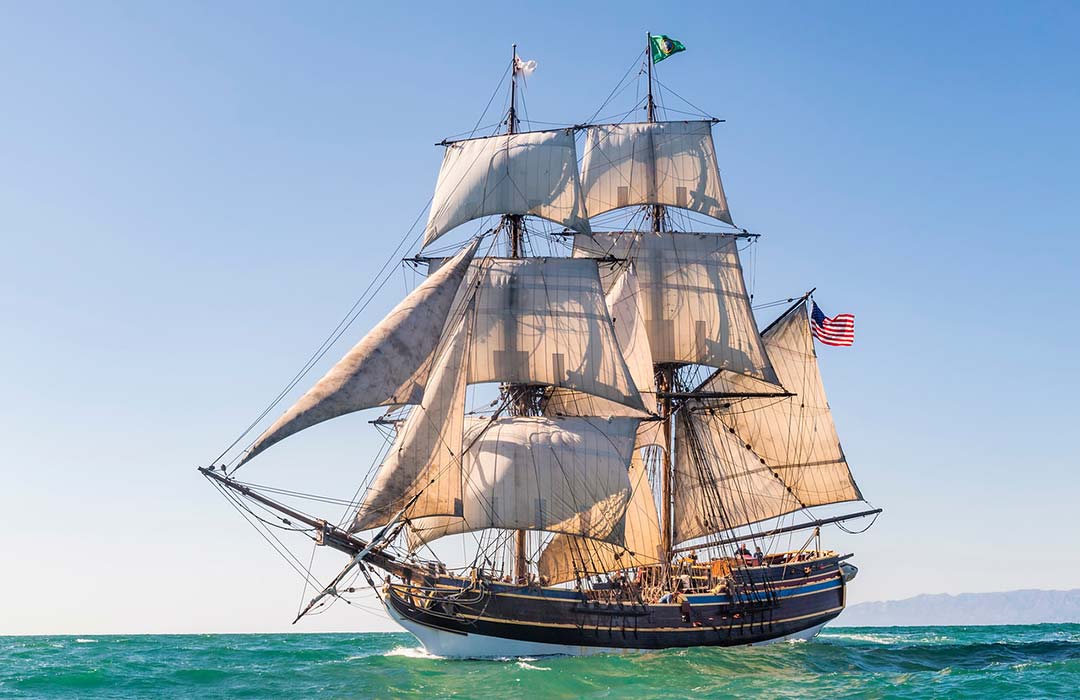 Sail aboard the Lady Washington, the full-scale replica of the first American trading vessel to make landfall on the west coast of North America, the original Lady Washington.

The Lady Washington is one of two historic vessel recreations for the Port of Grays Harbor.  She and her sister ship, the Hawaiian Chieftain, travel to various ports around the Pacific Northwest educating people about the complex beauty of the ships and the special skills sailors need to keep her underway.

This appearance marks the return of the tall ships to Whidbey Island after a several year absence. The original Lady Washington was a pioneer in America's Pan-Pacific trade.

The replica, in addition to her Pacific Northwest travels, has appeared in several movies, including  "Pirates of the Caribbean: The Curse of the Black Pearl", and "Star Trek: Generations." Exact sailing dates are subject to change.

Ticketed tours of the ship will be available as well as the chance to ride the ship as she sets sail in the waters around Whidbey Island.

Sailing guests will embark on sailing experiences as it was done for hundreds of years. Join in a sea shanty, enjoy breathtaking views, and meet the modern day crew.

A ticket is required for all passengers, including babies. Children 12 and under must be accompanied by an adult. Refreshments are not provided, but you are welcome to bring your own (no glass please). Accessibility is addressed on a case-by-case basis, so please talk to us ahead of time to be sure we can accommodate your needs.