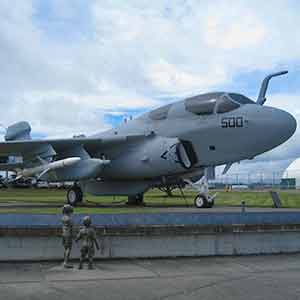 The public open house is an opportunity for the public to learn about past, current, and future operations at the Navy's only air station in the Pacific Northwest and see last year's Navy Installation of the Year.

There will also be other visual displays, guided bus tours, a K-9 Working Dog demonstrations, Explosive Ordnance Detachment displays, bouncy toys for children and a climbing wall for those wishing to test their climbing acumen. Aviation memorabilia will also be available for purchase as well as a variety of food and beverages.