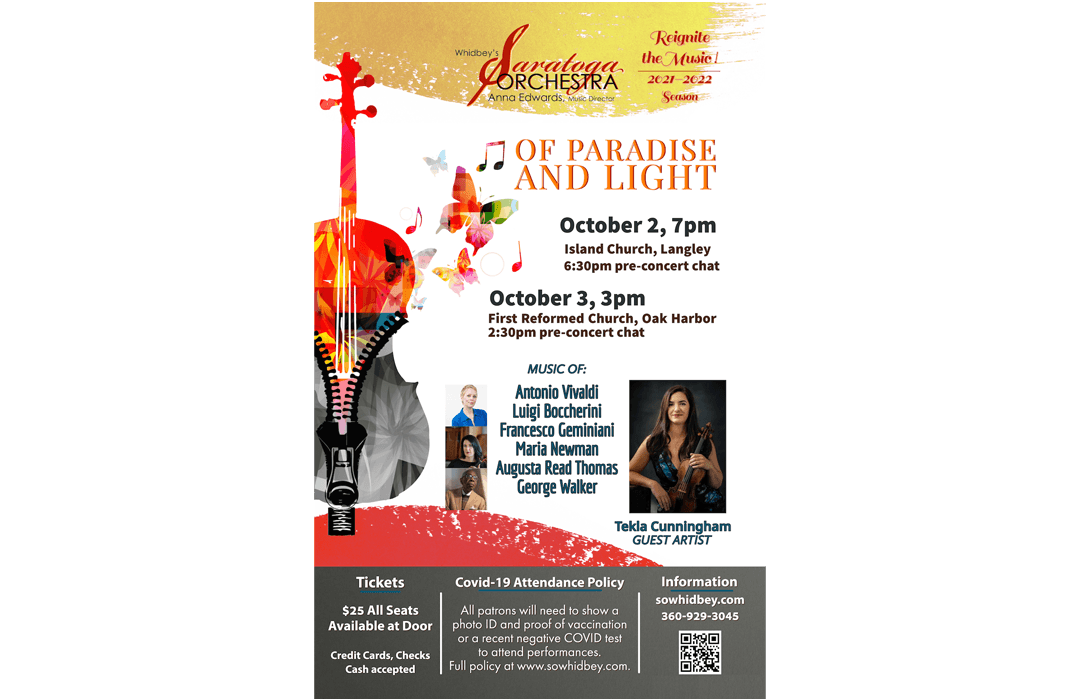 Whidbey’s Saratoga Orchestra presents OF PARADISE AND LIGHT, a set of programs on October 2, 7:00pm at Island Church of Whidbey in Langley and October 3, 3:00pm at First Reformed Church of Oak Harbor. Music Director, Anna Edwards, will lead the musicians in a program of Italian Baroque masters and modern American composers in these inaugural concerts of Saratoga Orchestra's 2021-2022 season.

Returning in her role as guest artist for these concerts is Tekla Cunningham, baroque violinist and founder of the popular Whidbey Island Music Festival, now in its sixteenth season. She is concertmaster and orchestra director of Pacific MusicWorks, and Artist-in-Residence at the University of Washington and plays regularly as concertmaster and principal player with the American Bach Soloists in California. These concerts mark Saratoga Orchestra’s third collaboration with Ms. Cunningham.

As an added feature, a pre-concert chat 30 minutes before each performance hosted by Anna Edwards and Tekla Cunningham will give further insight into the compositions, composers and performers. 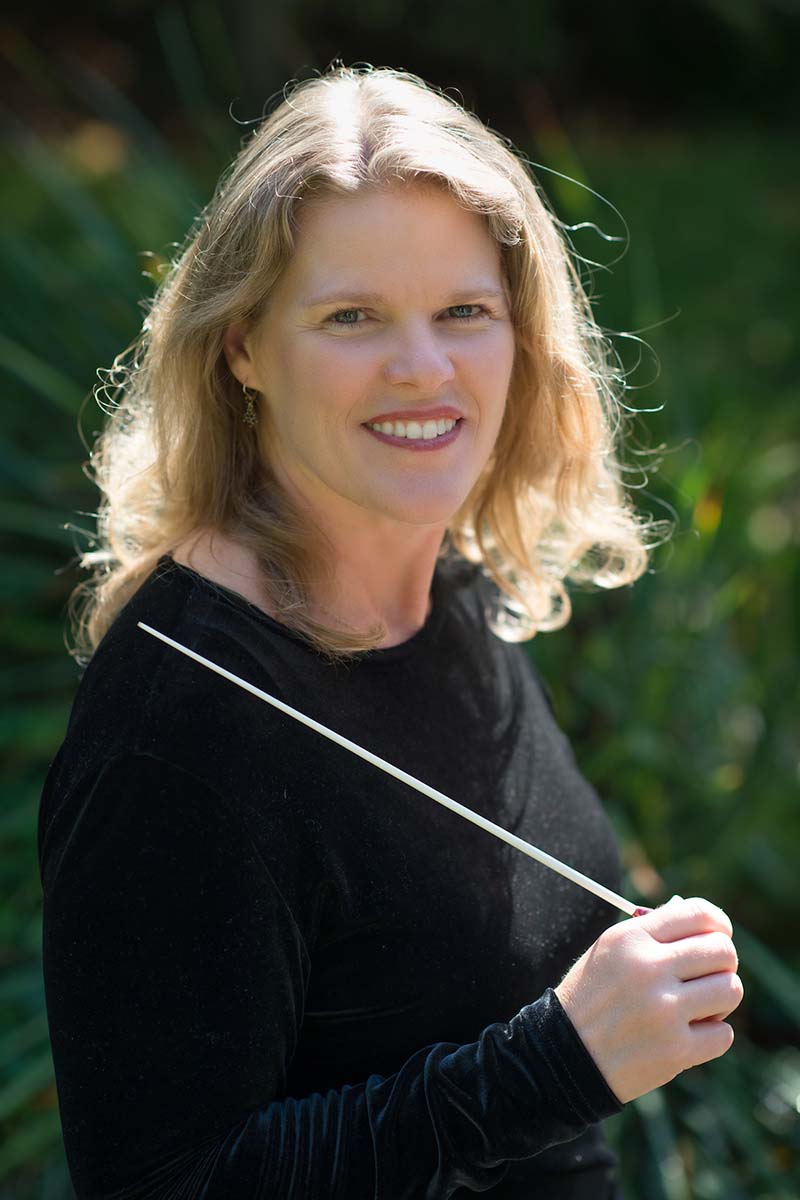 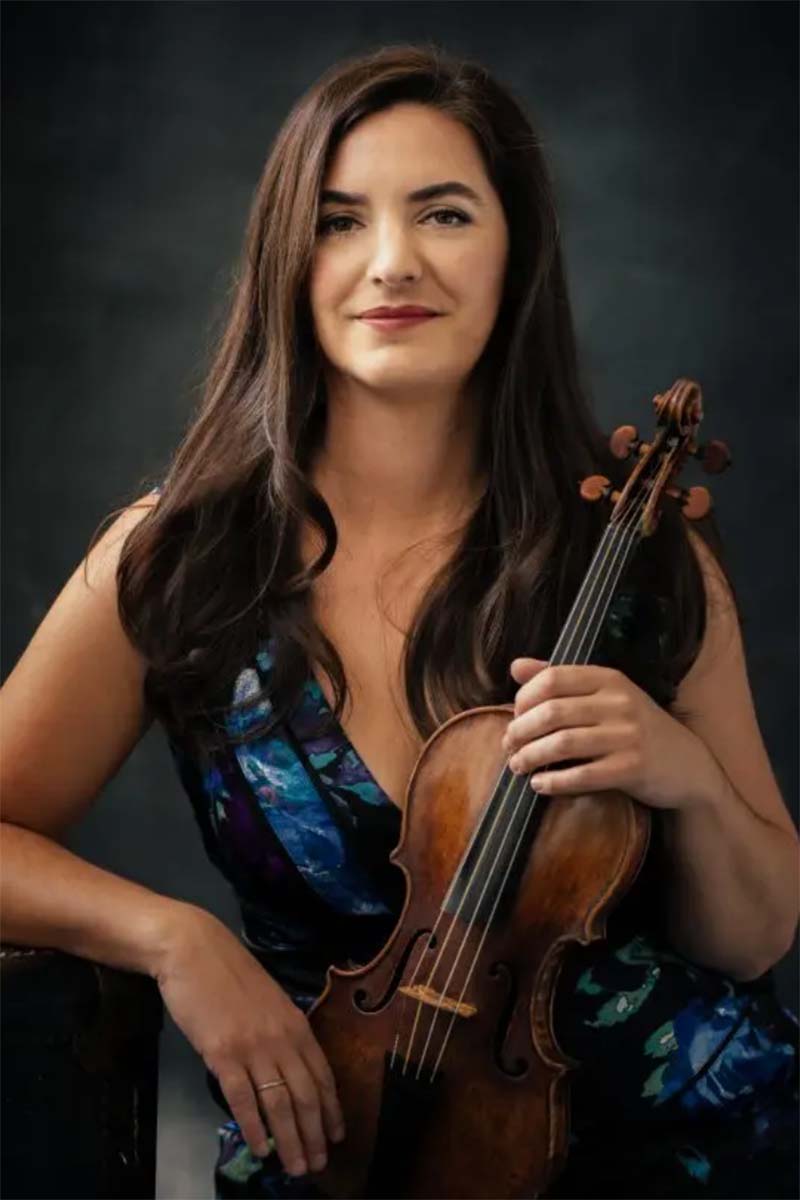 General Admission concert tickets are $25 for all seats and available for purchase at the door. Covid-19 attendance policy requires all patrons, musicians and volunteers to provide proof of completed vaccination or recent negative Covid-19 test. Complete Covid-19 policy and program information available at www.sowhidbey.com or 360-929-3045.