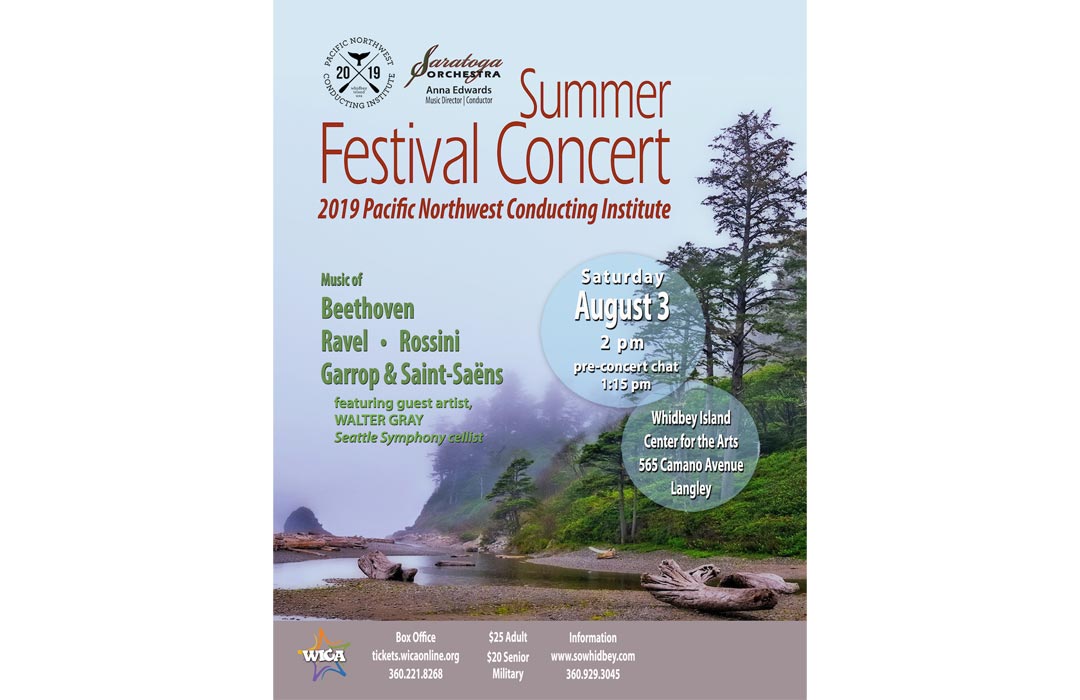 The Saratoga Orchestra is proud to announce one of the highlights of the 2019 Pacific Northwest Conducting Institute–the annual festival concert.

For six-days, orchestra conductors from all parts of the world will be in residence at the third annual Pacific Northwest Conducting Institute held July 29-August 3, 2019 in Langley. Internationally acclaimed conductor, lecturer and composer, Diane Wittry, will be leading the conducting sessions along with Dr. Anna Edwards, music director of Whidbey’s Saratoga Orchestra.

The culmination of the six-day workshop will be a Summer Festival Concert held on Saturday, August 3, 2pm at Whidbey Island Center for the Arts.  PNWCI’s 2019 Conducting Fellows will lead the Saratoga Orchestra in a program to include Beethoven’s Symphony No. 7, Saint-Saëns’ Concerto No. 1 for Cello, with Seattle Symphony cellist Walt Gray, Ravel’s Le Tombeau de Couperin and others. A pre-concert chat with the participating conductors will begin at 1:15pm.