Whidbey Playhouse: She Loves Me 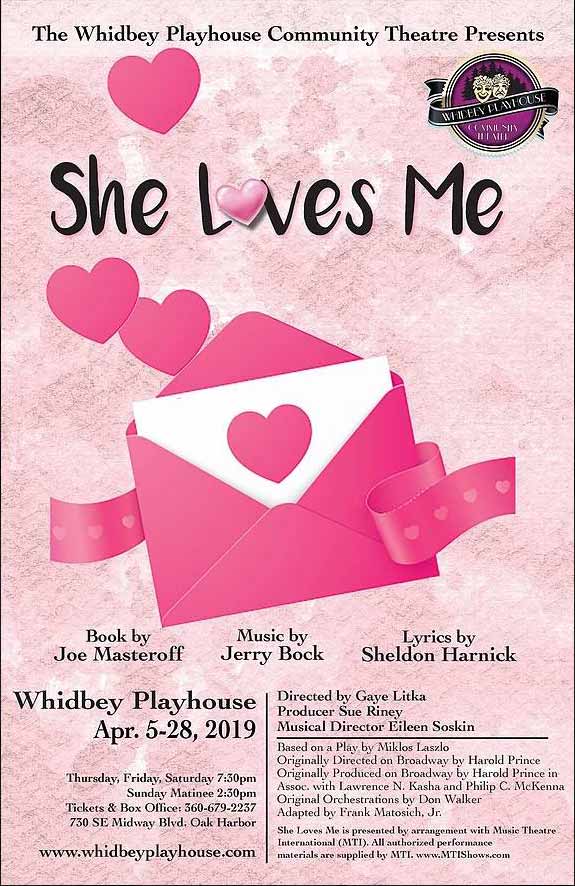 TONY AWARD®-WINNING MUSICAL “SHE LOVES ME”, TAKES THE STAGE APRIL 5 – 28 AT WHIDBEY PLAYHOUSE

This 2016 Tony-award winning musical by Joe Masteroff, Jerry Bock and Sheldon Harnick is based on the same tale that inspired the Hollywood classic film, You’ve Got Mail. Considered by many to be the most charming musical ever written, She Loves Me tells the touching story of Georg and Amalia, two feuding clerks in a 1930s European parfumerie who secretly find romance in their anonymous pen pals, unaware they are corresponding with each other. A warm romantic comedy with endearing innocence and a touch of old-world elegance, She Loves Me is as relevant as ever in this age of internet romances.