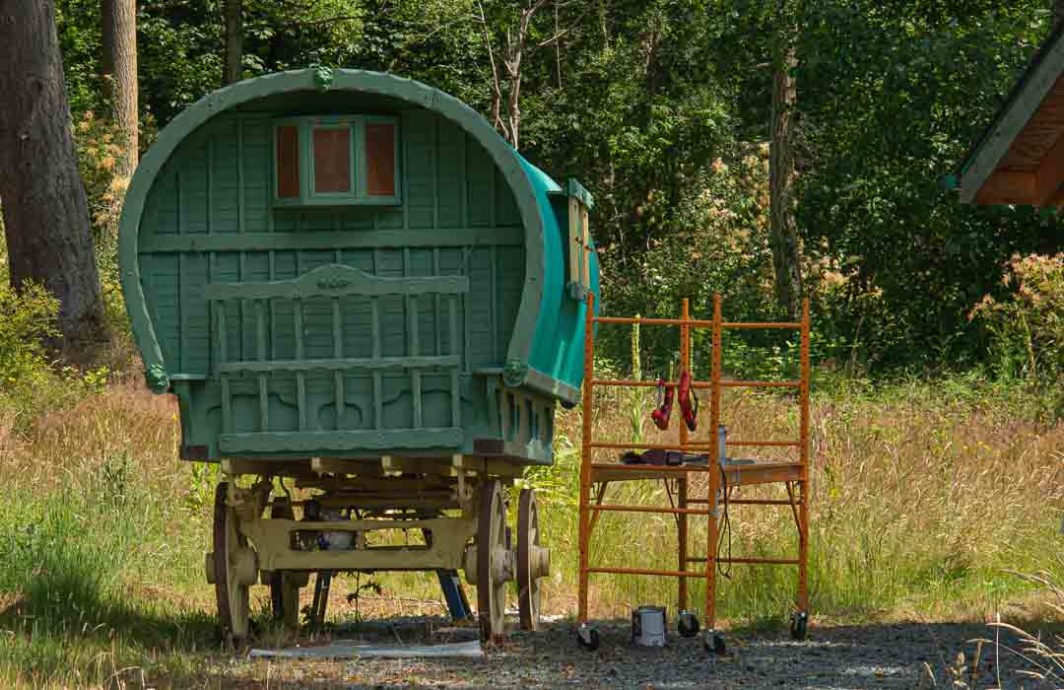 A historical bit of European history has found its way onto Whidbey Island.  And, if the woman responsible for bringing them here has her way, you'll soon be able to see them.  But first, Carol Kildow has the job of restoring them to their original splendor.

Two belonged to the nomadic Romani people of England, while the third was commissioned by the Church of England. She discovered them in Wales and lived in one for two years as a student. 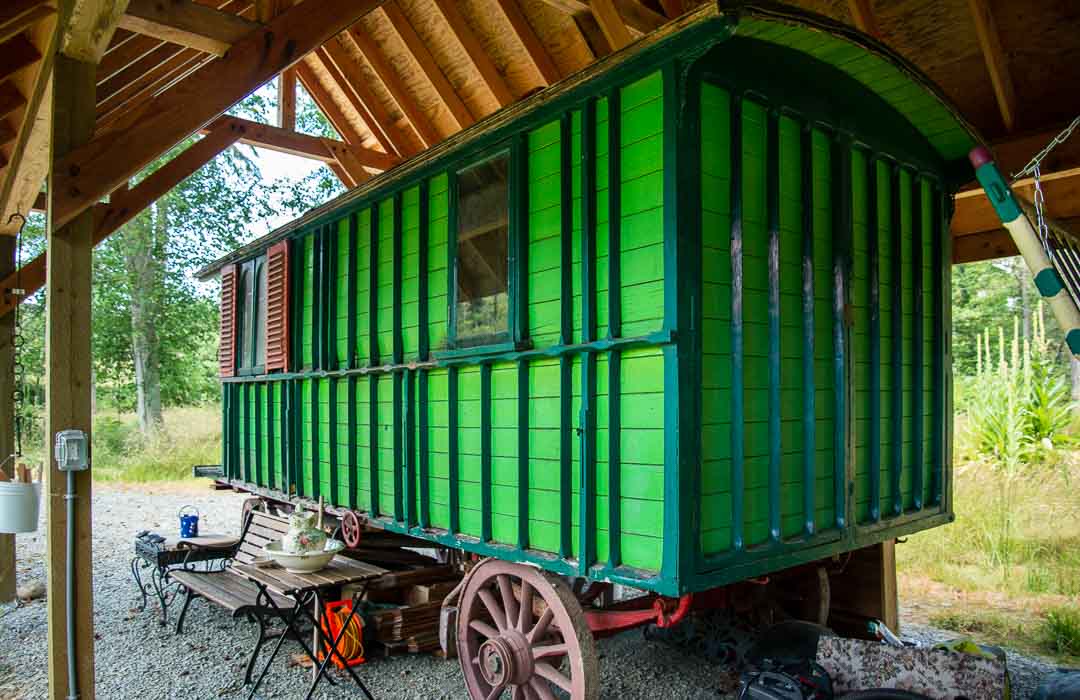 The Preacher's Wagon is the largest of the three wagons brought to Whidbey Island.

She says sleeping in the wagons was, “so much a part of nature.”  She could hear the sounds of the forest just outside the wagon.

After moving to Whidbey Island, she wanted to share her experience.  So, in 2016 she bought three of the wagons and had them shipped via a commercial car carrying ship from England, through the Panama Canal, to Washington State.  Doing so, she says, “Took pretty much all my savings.”

While American history is full of wagons such as the Conestoga, the “prairie schooner” that helped America expand westward, there are very few of these European wagons in the U.S.

Slideshow
Explore Inside a Wagon

The three wagons sit a short distance from the house.  Two are under a specially-built shelter.

One is a “Preacher’s Wagon,” one of only 50 commissioned by the Church of England between 1875 and 1880.  As its name suggests, preachers would travel in these through the English countryside and hold a revival.  There’s even a small stage on the front.  Kildow says most of the wagons were pressed into military service in World War One and that, “Not many returned.”  She estimates that there are, “Less than five out there.”

A previous owner mistook it for a circus wagon and gave it a colorful paint job.  She points out the Church of England would never have done that, so resanding and repainting the wagon in more sober colors is a priority.

Also under the shelter is a a Romany Showman Wagon, used by traveling merchants.  The wagon beautiful handles and etched glass speak of another era where careful craftsmanship was everywhere.

The third, sits outside and is closest to being completely restored. Kildow calls it “The Dolphin” wagon because the wagon has two inlaid what appear to be dolphins as part of the wagon’s design.

Much of the wagon is sanded and ready to paint. Kildow doesn’t consider herself an artist, although the careful, authentic-as-possible, restoration is most certainly a craft, if not an art. 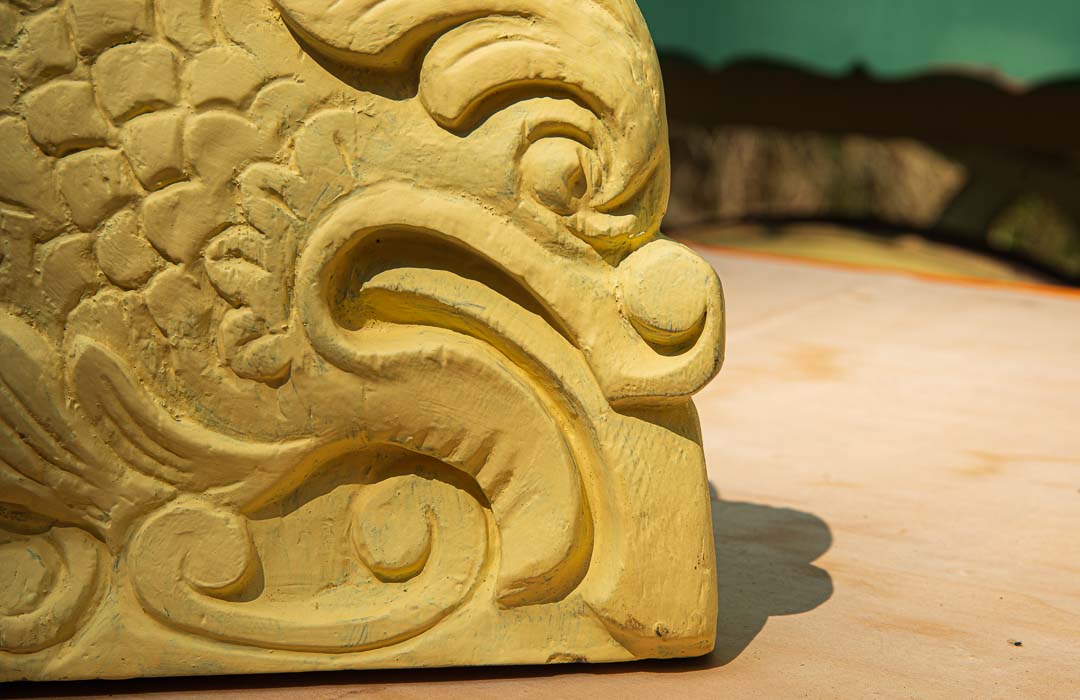 She notes how the pieces of wood on one wagon are glued together, something that the Romani didn’t do. Her challenge will be to separate the pieces and bind them together in a more authentic way possible.

Another issue as an example, is the kind of paint she’ll have to use. The most authentic type of paint is not available in the U.S. and is restricted to only a few uses in the United Kingdom. She asked around and a paint suggested by Port Townsend’s Northwest Maritime Center might do the job.

I ask if she’s doing all the work herself. She answered “Yeah, so far” with a laugh adding, “Its a sharp learning curve for me." 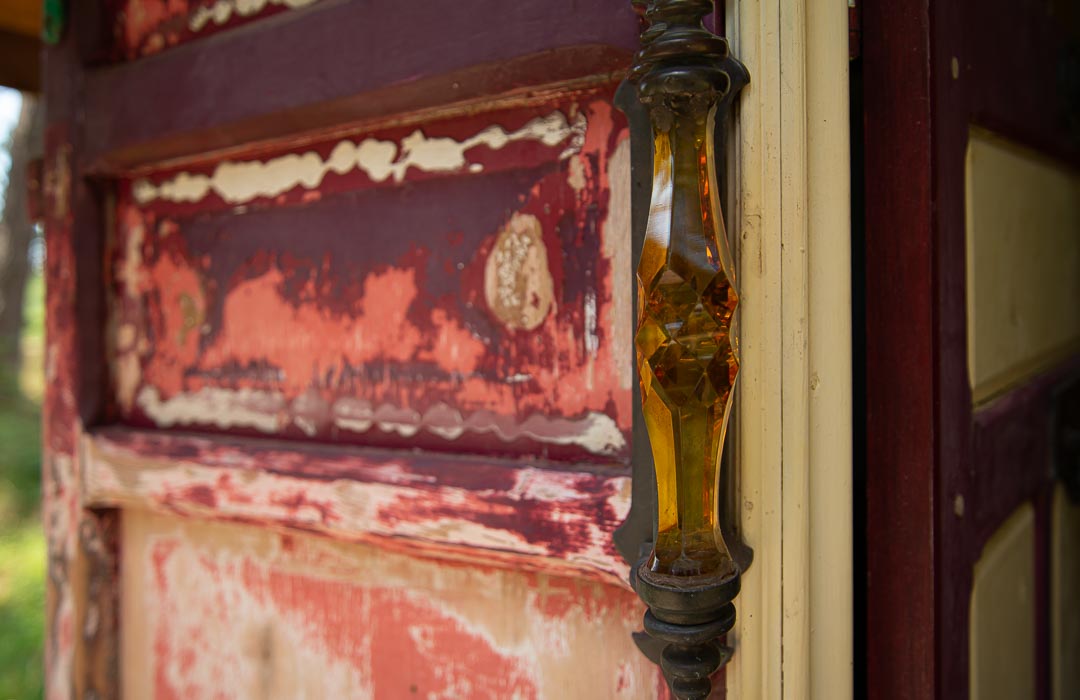 You hold this original amber handle to climb into the wagon.

If she invites you onto her property, be prepared to be distracted by her house.

"Almost everything is recycled," she says of the home, originally built about 1795. That would make it the oldest house on the island… if it had been built here.

Instead, it was a homestead from Vermont that she saved from demolition and had it reassembled on the south end of the island. Her own touches, from old musical instruments and even a merry-go-round horse, decorate the interior. While the basic structure of the house is mostly unchanged, she added her own touches, noting that the windows high in one wall were from Seattle’s Sullivan Steakhouse, and the rocks for the fireplace were not from the original homestead, either.

But, back to the wagons.

Her long term goal is to find a way to turn the wagons into an overnight experience for the general public.

However, for now, she scrapes, sands, and repeats.

“Its like seeing history again,” Kildow says, “And bringing it back to life.”