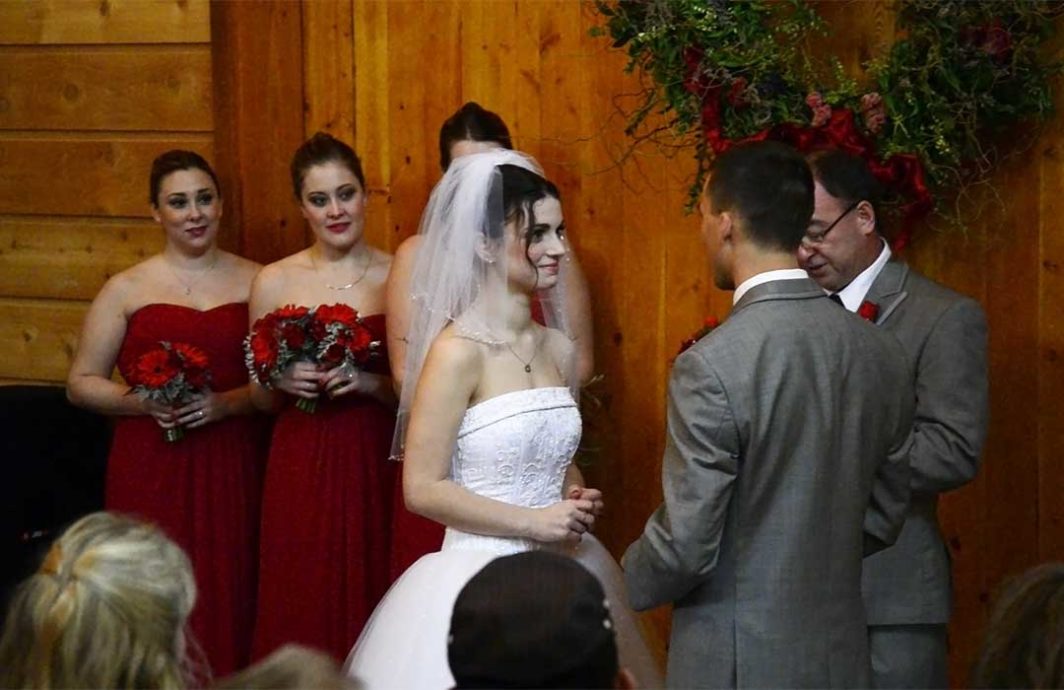 by Jack Penland
editor’s note: This was published January 2015, but is still fun to think about for anyone planning a destination wedding.

We had a wedding on Whidbey a few days back, a getaway wedding for the couple, family, and friends.

It’s a common enough sight in the summer, blue skies, blue seas, long days, and mild nights frame a wedding so nicely, people travel from all over just to marry here.

But, in the winter? Sure, why not?

And, so it happened. 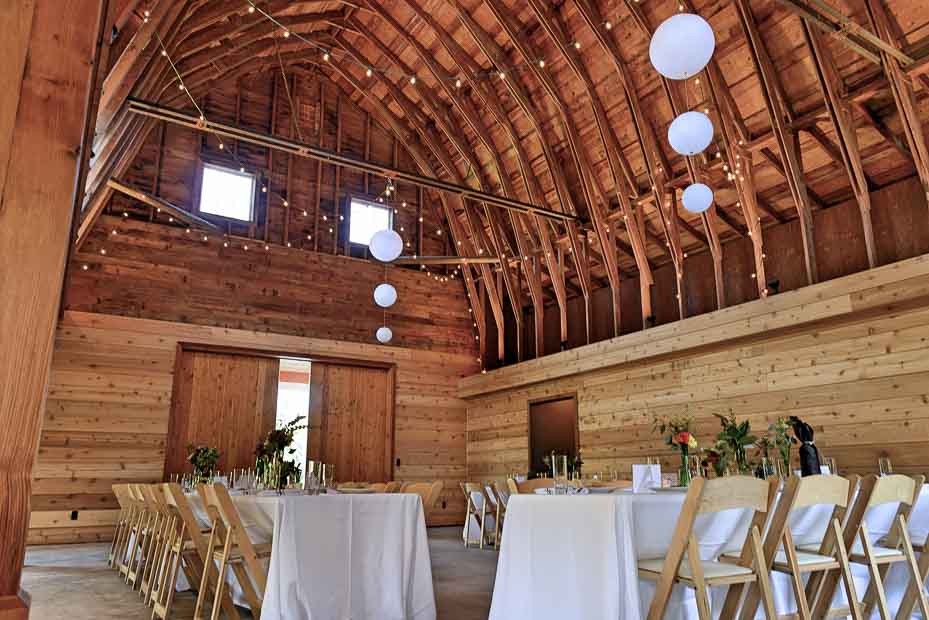 A renovated barn makes for a rustic but modern wedding, party, or meeting venue.

The bride wore white, the groom wore gray, matching the sky, but not the mood. The Dancing Fish Farm barn was scrubbed and warm with a barn-sky of lights glowing with good wishes.

January is a time for planning weddings, not having them, right?

But here it was, given to a lucky couple so as to plant an idea, that winter on Whidbey and Camano was a perfectly good season and place to start a life together.

Nick and Jackie were our couple. They entered a contest that seemed too good to be true. Professionals involved with weddings and events on Whidbey were going to give a lucky couple $18,000 worth of effort, food, care, and creativity to make their day special. The catch? Their special day would have to be January 17, 2015 on Whidbey Island.

Nick and Jackie first marshaled friends and family to vote for them. They made the top ten, and from those ten just one couple would win. On November 8th of last year the improbable happened.

Their names were drawn and their wedding date had just been moved up to just ten weeks away.

Just ten weeks? Sure, why not?

It was a controlled scramble; plans, revisions, changes, compromises. There were shopping trips and dancing lessons and some parties, and tears. Like every wedding, plans simmered, and threatened to boil over. But, like a chef minding a secret stock, the wedding planner, Whidbey Party Girls!, knew when to turn up the heat, or let things cool.

But, the weather, could that be managed? Sure, why not? Even in summer there are rain plans and sun plans.

At the rehearsal the evening before, it all started to become real. The wedding was to be simple, the symbols and rituals personal, and the ring bearer would be a dog.

After the rehearsal, there was a paella dinner from bayleaf, shared at Fort Casey’s Garrison Hall. Dinner, wine, and a dangerous-looking punch meant stories, both heartfelt and embarrassing, were told into the night.

The deer grazed out on the front lawn as the night settled in around the dinner party. 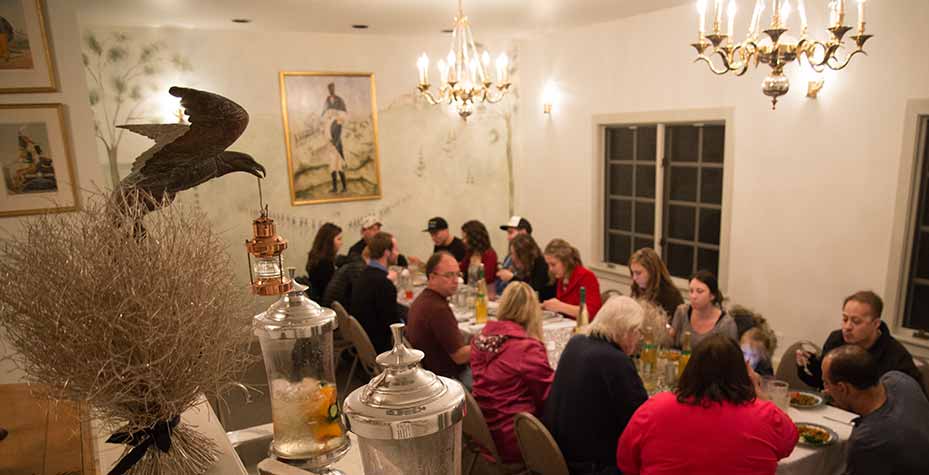