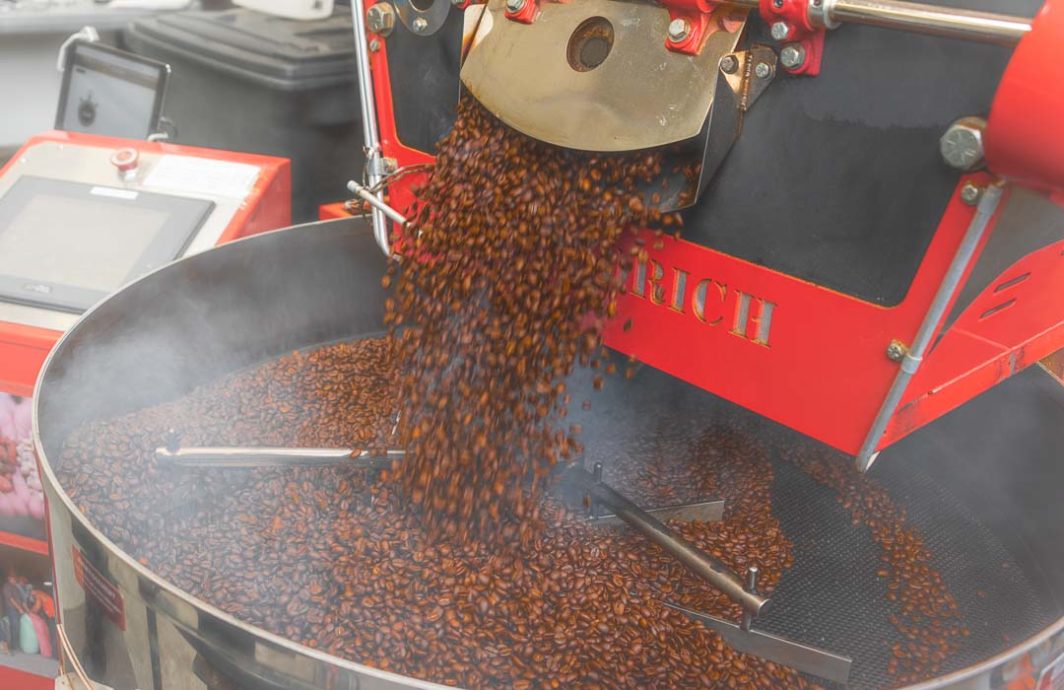 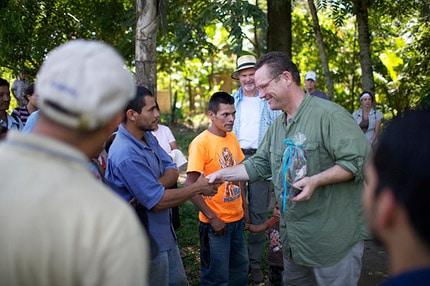 Tucked inside the Camano Island Marketplace is a seemingly humble business, a coffee roaster. But this business, appropriately named Camano Island Coffee Roasters, has a worldwide impact, one that is changing lives through one small coffee bean farm at a time.

Jeff Ericson started the company in the year 2000 with a three-pillar vision. First, he would roast and sell only the top one percent of coffee beans available – a product that soon proved elusive (more on that later). Second, he would make sure that the workers who picked the coffee beans would benefit from the higher prices the consumers were willing to pay for high-priced lattes and the top one percent of beans. Third, he would never short-change his customers — no 11-ounce “pound” of coffee beans that line grocery story shelves in cleverly designed bags.

Ericson studied industry best practices, but hit a wall when it came to finding new models for sourcing top beans. It was also during this time that he became interested in Newman’s Own, the food brand started by the late actor Paul Newman. Each year, company profits are given to charities through their foundation – totaling hundreds of millions of dollars. 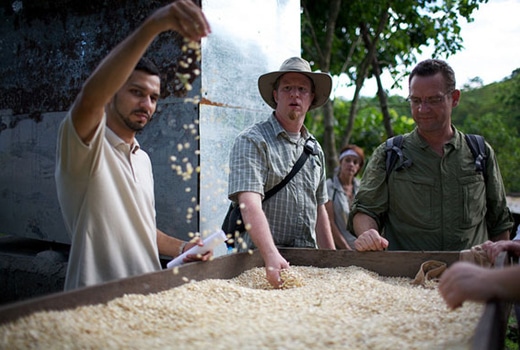 Coffee is the second largest traded commodity in the world, led only by oil. As a mature industry, supply chains are fully developed and controlled from coffee bean to grocery shelf. While premium brands and fair trade practices have allowed more roasters and growers to connect, the workers who pick the coffee beans rarely benefit.

Planting the Seeds of Need and Beans

The quest for top beans led Ericson, normally a hard-driving, profit-driven businessman, along a path of social entrepreneurship. He came to know of an organization based in Seattle, Agros International. The founder, a lawyer named Chi-Dooh “Skip” Li, believes landownership is the best route out of poverty. Meeting Skip started Ericson on a new life journey: building business while being an agent of social change, and to the formation of a new farmer-to-roaster supply chain where everyone benefits economically, often for generations.

Camano Island Coffee Roaster’s first group of farmers now owns their land, and they’ve continued to sell their crops to Ericson even though they now have the option to sell to other companies.

Here’s how it works: Agros buys farmland, then contracts with a village or families to grow and to market crops. Agros provides training and technical assistance, builds safe water systems and latrines, helps establish schools and sets up a long-term payment plan for the agricultural loan. When paid in full, Agros hands over the deed to the villagers and hosts a deed-burning party to celebrate their new status as landowners. The entire development process takes seven to 10 years, and the repaid loan is used to help another village, an act Agros calls “Passing on the Blessing.”

Given that much of the world’s Arabica beans are grown in Central America, where Agros conducts most of their work, the idea of having Agros farmers (formerly coffee bean pickers) grow the kind of coffee beans Ericson wanted for Camano Island Coffee Roasters seemed a natural fit. To ensure a market, Ericson agreed to buy the new farmers’ crops for seven years at fair trade (or better) prices. Agros taught farming techniques (shade grown, organic, etc.) to fulfill the agreement and Ericson’s business needs. The farmers also learned crop rotation and how to extend farm productivity using sustainable methods.

To say it’s been a successful venture is an understatement. Camano Island Coffee Roaster’s first group of farmers now owns their land, and they’ve continued to sell their crops to Ericson even though they now have the option to sell to other companies.

So when you visit that humble coffee roaster on Camano Island, and sip a latte or buy a full 16-ounce pound of beans for less than the 11-ounce bag, you’re also having a major impact on the supply chain, one that benefits everyone.

Want to do more?

To ensure a steady source of funding for Agros, Ericson created a Coffee Lovers Club, where freshly roasted coffee is delivered to customers’ homes throughout the U.S. For every shipment, Camano Island Coffee Roasters give $1 to Agros. Considering there are hundreds of club members, the dollar amount is substantial – enough to help 42 villages and 24,000 people lift themselves out of poverty by becoming landowners and farmers.

Nan Gage is a travel writer and tourism consultant, with a focus on Pacific Northwest rural and coastal destinations, although the occasional trip to Paris and Venice satisfies the urge to be surrounded by art and history.