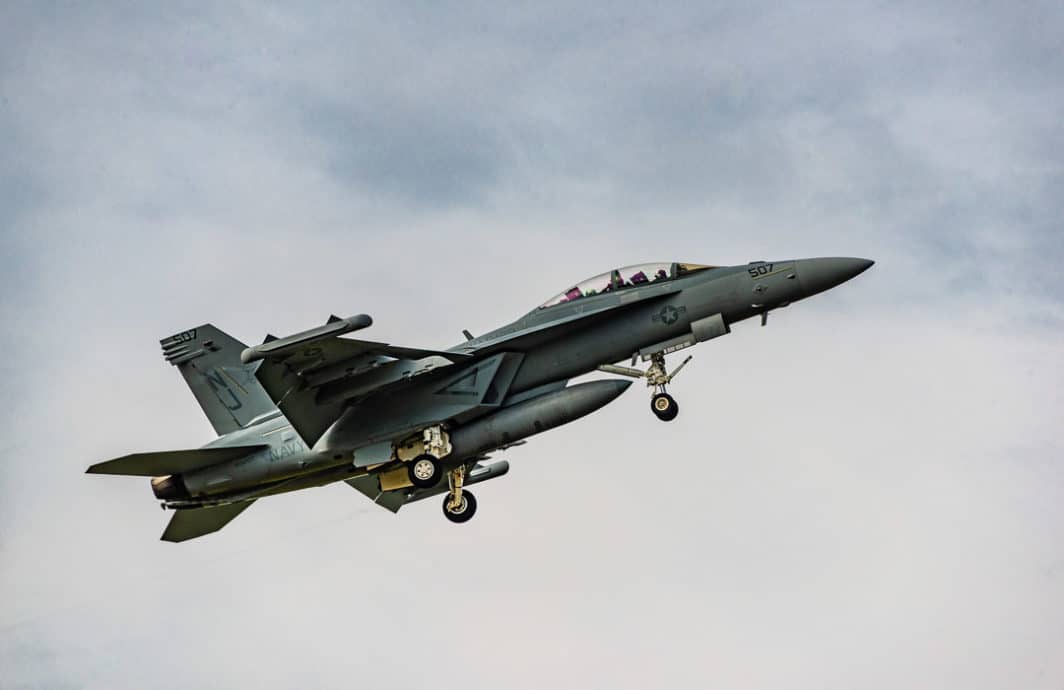 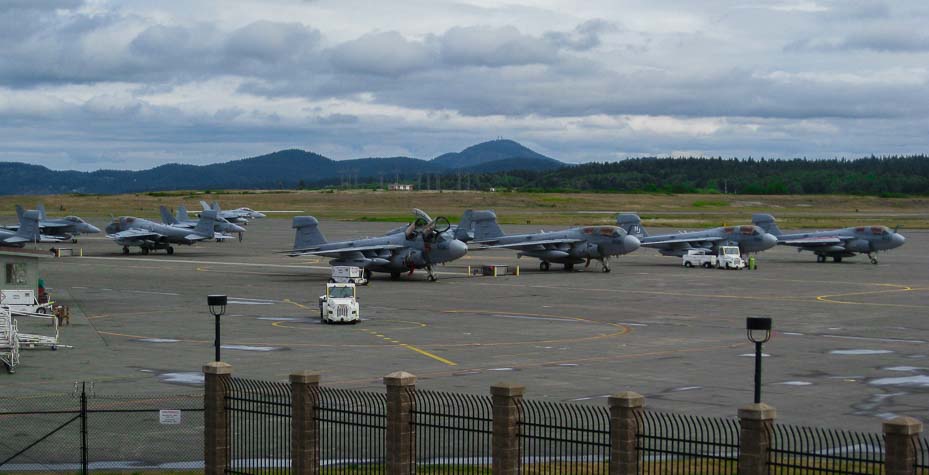 Recently named best in the world by the U.S. Navy, Naval Air Station Whidbey Island (NASWI) in Oak Harbor has a significant influence on this bustling town’s diverse population.
As many as 5,000 sailors are stationed here at time, and it’s a base that is often requested—and no wonder. Surrounded by bays and beautiful views, Whidbey Island is a popular choice for retired Navy to settle in and become stewards of the community and part of the region’s rich military history.
Not so many years ago, a visitor could drive onto the base and explore the public areas. But since 9/11, base areas are closed to tourists – only the military, approved visitors, and base employees and contractors are allowed onsite.

However, military and Naval Air history buffs have plenty to explore, and if military planes have you frequently looking up in the skies, you’re in luck. 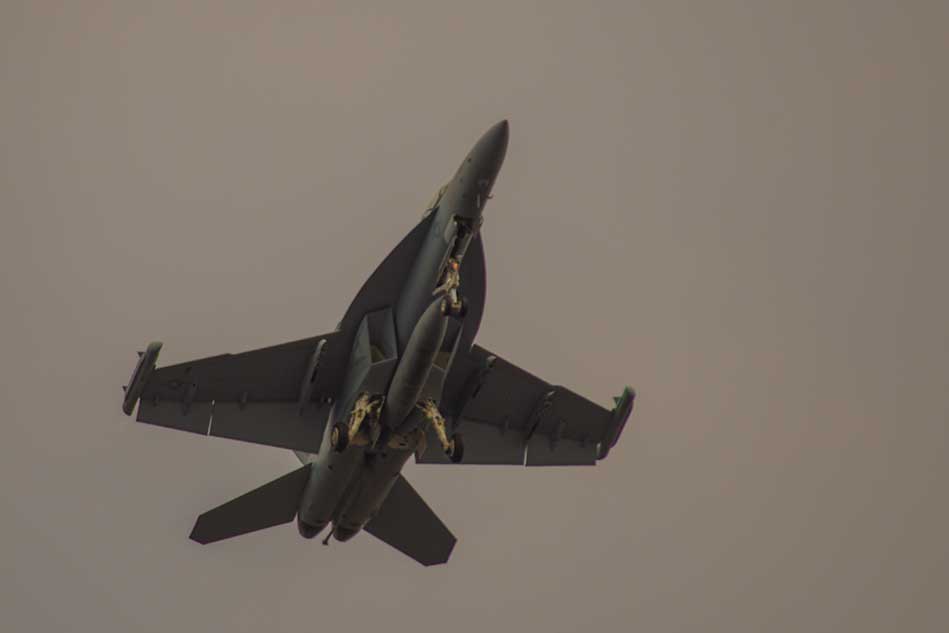 A growler takes to the skies at outlying field south of Coupeville.

Let’s start with history. Almost a year before the Pearl Harbor attack and the U.S. entered WWII, the Office of the Chief Naval Operations directed the 13th Naval District to develop a base to support, re-arm and refuel Navy patrol planes defending Washington State’s Puget Sound. The first plane landed at the main base, Ault Field, in 1942, and the earliest squadrons of aircraft to land on Whidbey were F4F Wildcats followed by F6F Hellcats.

There is also a second base nearby called Seaplane Base, built for the PBY Catalina flying boats once based there. PBYs, or Patrol (P) Bomber (B) built by Consolidated Aircraft Corporation (Y), were amphibian planes that conducted anti-submarine patrol, search and rescue, maritime patrol and firefighting.

These vintage planes now have their own museum in Oak Harbor, on SE Pioneer Way, near the historic downtown. Created by WWII veterans who flew them, the PBY-Naval Air Museum recreates military life on Whidbey Island during the war. The museum also shares the stories, through photographs and video, of the impact the new air base had on the resident islanders.

Museum volunteers, most of whom are retired Navy personnel, are on hand to answer questions, share stories and walk through the exhibits with you, describing what you’re seeing—and there’s lots to see. You can even fly a PBY on flight simulators. The PBY-Naval Air Museum at 270 SE Pioneer Way is open 11am – 5pm, Wednesday through Saturday, and 1 – 5pm on Sundays.

Across the street from the museum, a PBY is being restored, and you can watch its progress. On completion, visitors will be able to get up close and get a pilot’s eye view of the interior. 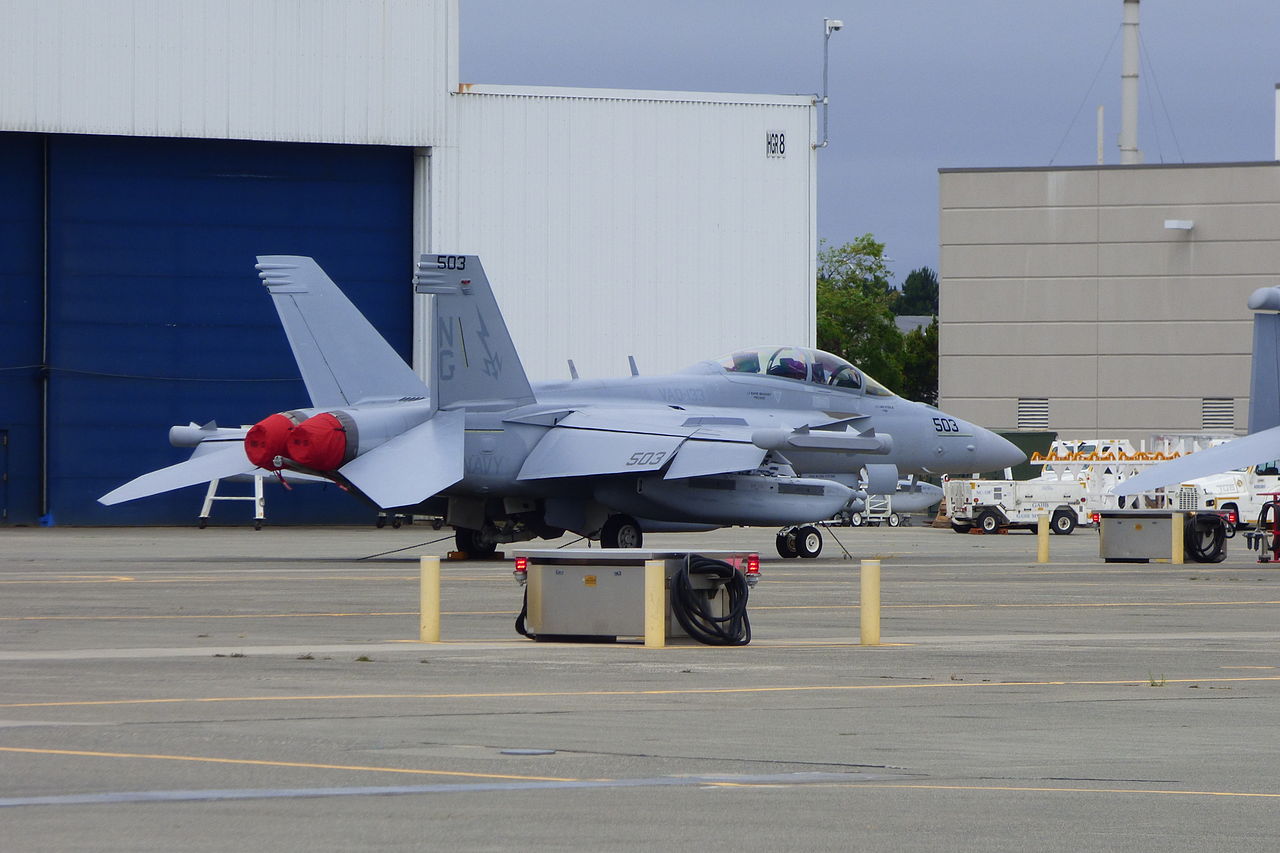 Now for the planes: Today, Naval Air Station Whidbey Island is the premier installation in the Pacific Northwest and home to all combat ready, tactical electronic attack squadrons. In all, there are 17 active duty squadrons and 3 Ready Reserve squadrons based here. The air station also maintains a Search and Rescue Unit that flies three Sikorsky MH-60S Nighthawks.

The base supports MH-60S Seahawk helicopter, EA-18G Growler, EA-6B Prowler, P-3C Orion, EP-3E ARIES II and C-40 Clipper aircraft. If you want to see them in flight, all you have to do is look up. Naval Air pilots conduct test flights over the Outlying Field (OLF) near Coupeville, just a few miles south of Oak Harbor. You’re likely to see (and hear) several types of planes. The Air Base posts a schedule of training flights at www.admiralscove.org/naswiolf.htm.

Growlers are considered all-weather, electronic attack aircraft with the primary role of suppressing enemy electronic capabilities through tactical jamming and the delivery of high-speed, anti-radiation missiles. Pilots conduct training operations that simulate landing the jets on an aircraft carrier at sea. They are thrilling to watch — you can feel them in your bones as they get close overhead— but they are loud. If you’re going to watch for any length of time, ear protection is advised.

Lodging is plentiful in Oak Harbor. Popular hotels for military history buffs are the Coachman Inn, Candlewood Suites and Best Western Plus Harbor Plaza, all located between downtown Oak Harbor and the Naval Air Base on Washington State Highway 20. Also nearby is North Whidbey RV Park at Deception Pass. And if you’re a boater or sailor (as many retired Navy are!), contact the Oak Harbor Yacht Club adjacent to the Oak Harbor Marina.