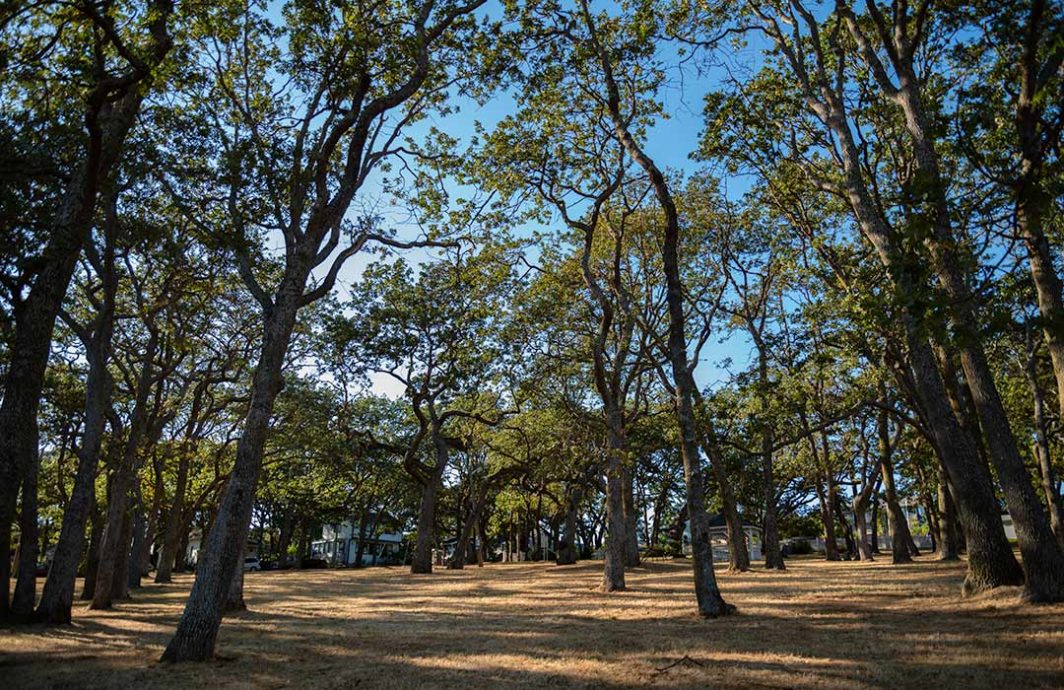 When you walk among the oak trees that dominate Smith Park in Oak Harbor, you can’t help but feel you’re among some very old living things.  The 150 or so Garry Oaks in the park predate the town, and, yes, the town was named after the trees. 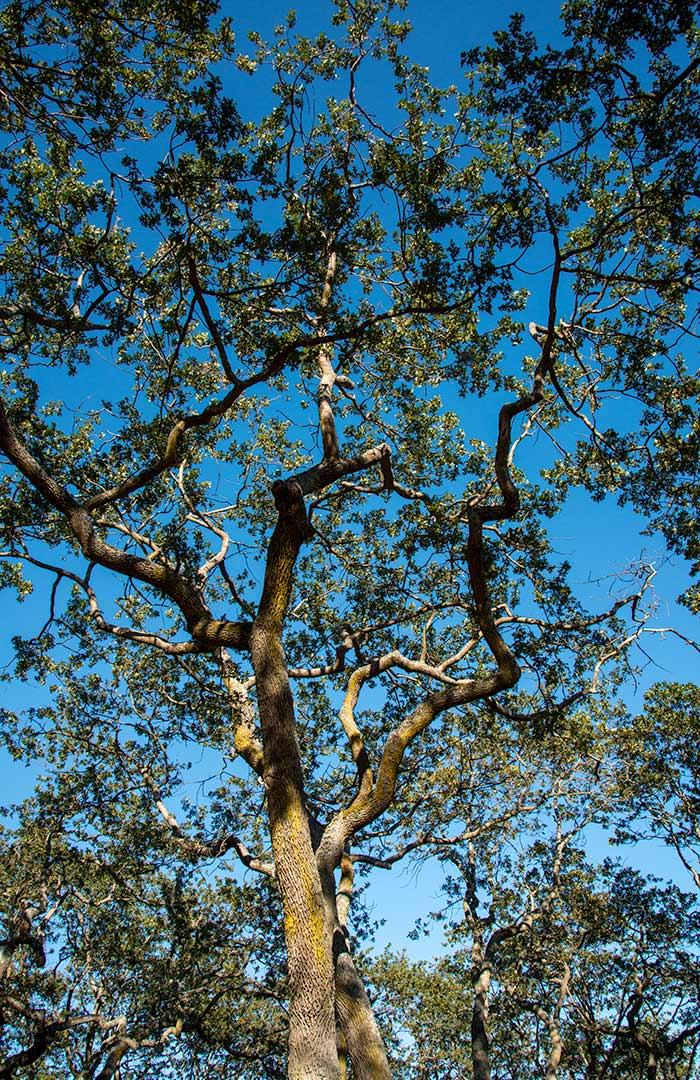 Once There Were Thousands of Trees

Garry Oaks were on Whidbey Island in abundance when European and American settlers first came here.  Smith Park, located just north of downtown, is a treasure trove of oak trees and gives visitors a slight sense of what it must have been like when acres of these trees dominated the landscape.  The park is unique, and according to the website for the Washington Department of Natural Resources, “may be the only such park in the State.”

Garry Oaks can be found  from southwest British Columbia to the central coastal area of California.  In Oregon and California, they’re often called Oregon Oaks.

But, while these oaks once were plentiful on Whidbey Island, they now are now mostly a memory.  As the city grew, tree habitat was lost.

While Smith Park is the best place to see these trees, they're still scattered around the city.

You can find and download a tour map here...

This video gives you a detailed look at these wonderful trees. 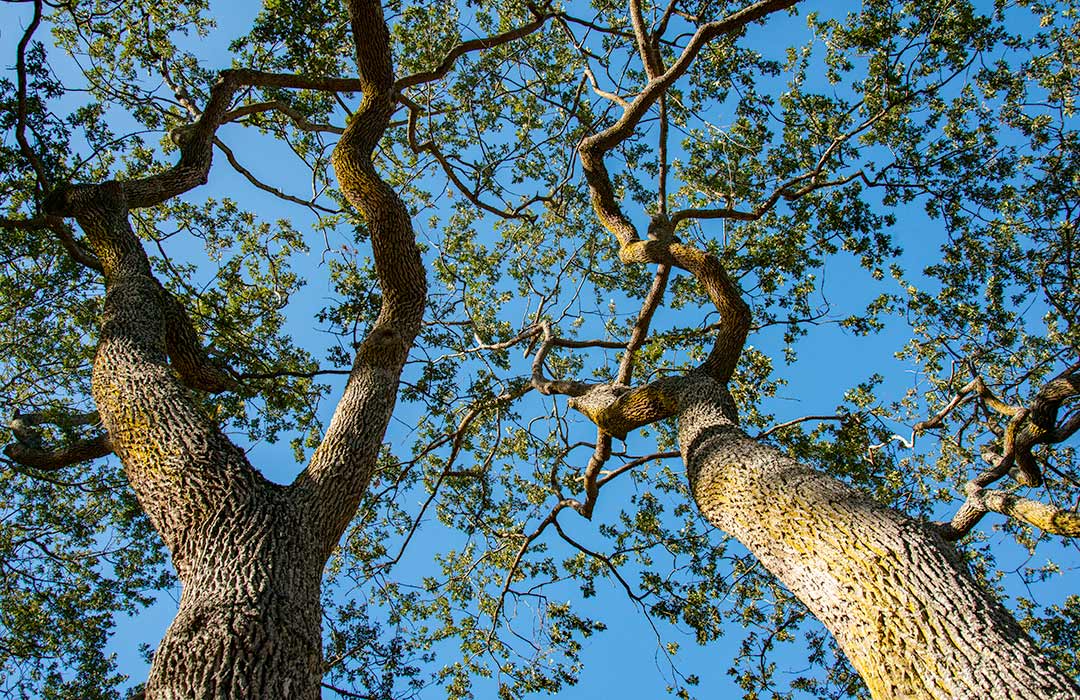 How old are these oaks?  A nearby Garry Oak was cut down in 2014, and tree rings revealed its age to have been about 330 years.

The removal of that tree, located at the town’s post office, sparked both an outcry and a movement.  Local residents have created the Oak Harbor Garry Oak Society.  Along with educating the public about the trees, the society is working to re-tree Oak Harbor.

The society’s website offers a detailed history of the oak trees and the community, as well. 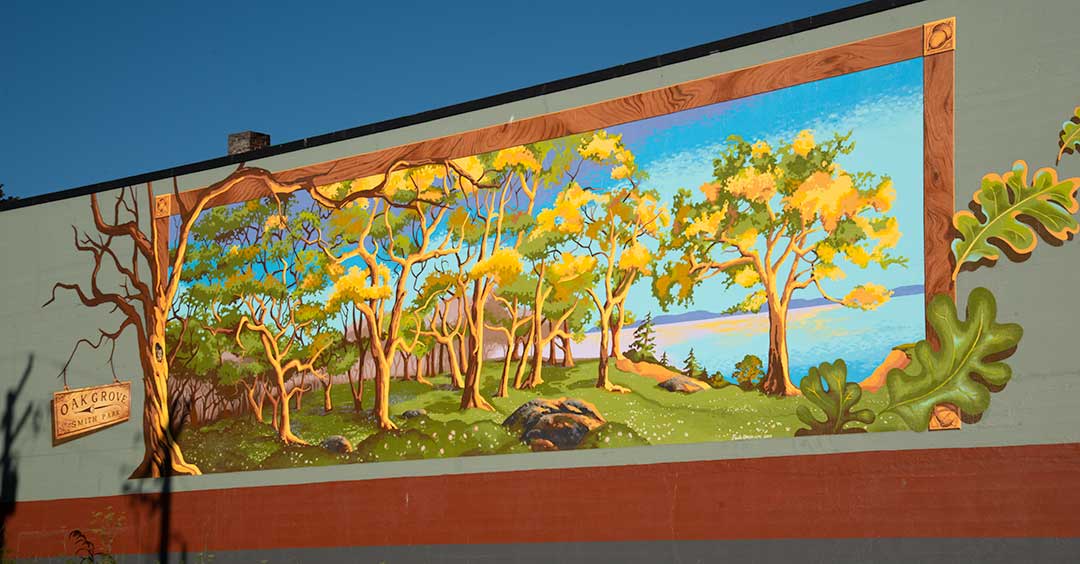 A mural downtown imagines a time before there was a city.