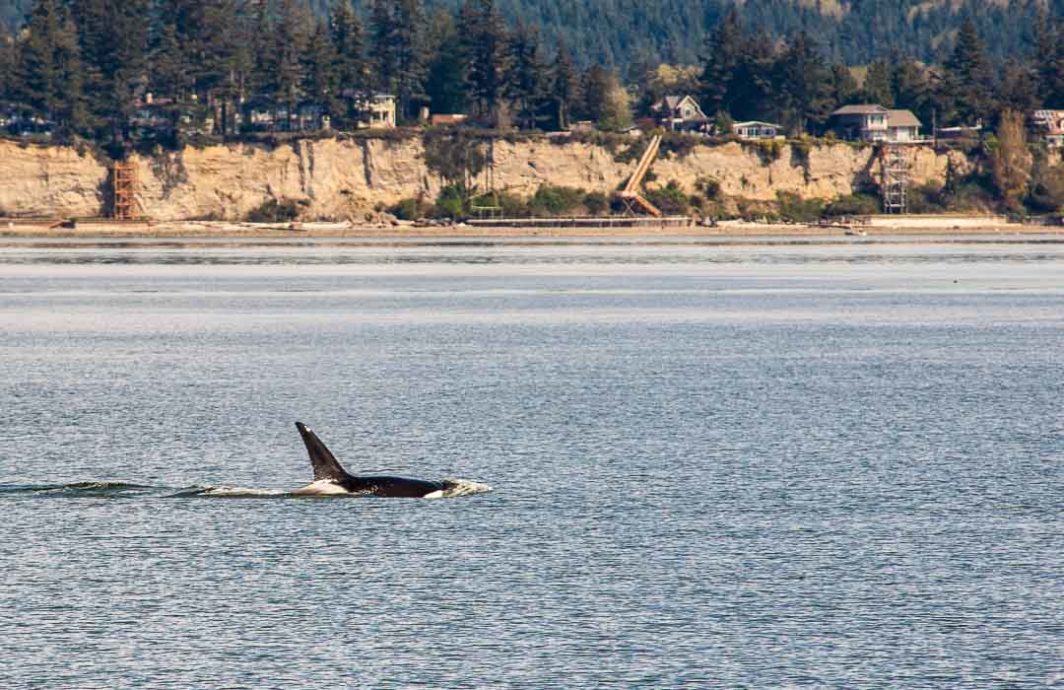 With orca here year-round and gray whales visiting each spring, many of us take to boats for a memorable day, even if the camera we brought along wasn’t cooperating.

Photography is like any hunter-gatherer activity. From mussels to marlins to movies of mammals in motion, the hunter always rues, “The one that got away.”

Professionals like Craig Johnson and Bart Rulon, whose interviews and portfolios are elsewhere on our site, make it look easy. Need a photo of a bird capturing prey? Got it! How about a photo of a leaping orca? Sure.

So, I decided to explore my inner Bart and ride the two whale watching tour boats that leave from Whidbey. Captain Marty of the Mystic Sea and Captain Brett of Deception Pass Tours got all of us passengers to the hoped-for whale rendezvous.

The weather was perfect.  The whales were busy doing whale things and I had my camera with its super-duper lens ready to go!

There! At 2 o’clock, three orcas, hunting in a pack! I fired several shots. You’ll see none of those. They were out of focus.

At 11 o’clock, a gray whale raised its head to look at us! The shot? The shutter speed was too slow. The shot looked like those of “Nessie,” Scotland’s fabled Loch Ness Monster. 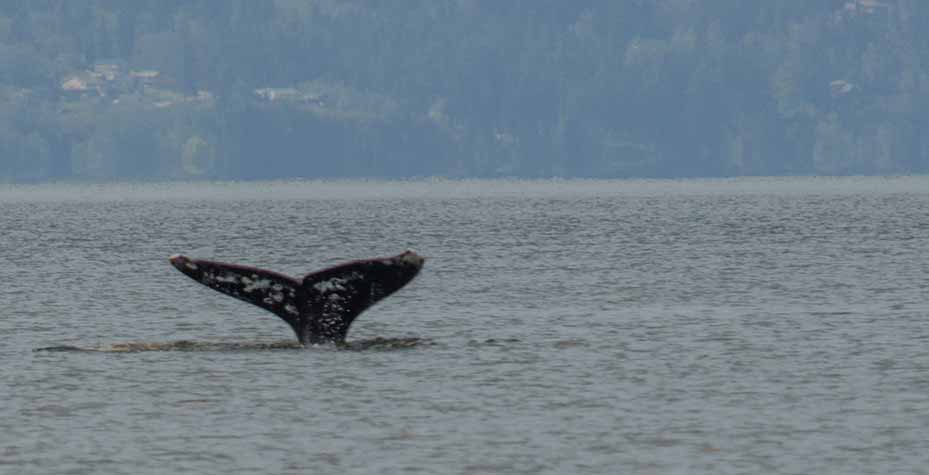 Grudgingly, Mother Nature gave me a couple of photo-ops. I got a gray whale tail fluke and a few shots of an orca’s dorsal fin. The winning shots got away.

While on board, a husband and wife next to me were in an animated discussion. Why, the husband wanted to know, was she not using the camera she brought and taking pictures? She replied that she simply wanted to see these magnificent creatures and remember the moment.

For her that day, nothing got away and she was richer for it.