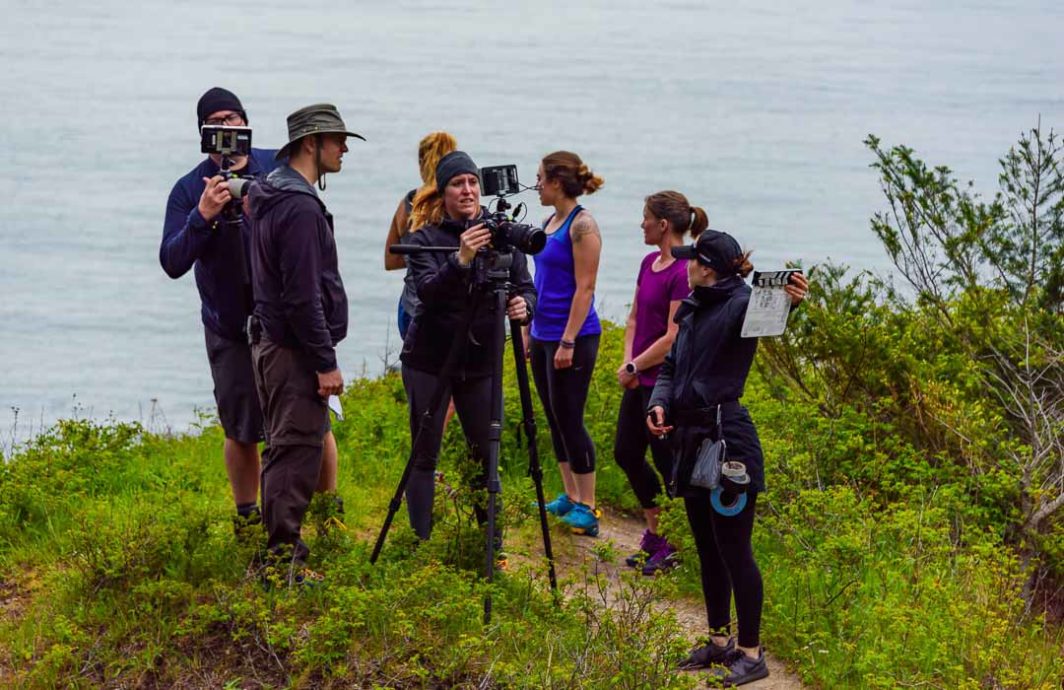 Some days are just more fun than others.

I knew the production crew from REI, the seller of outdoor clothing and gear , was having fun when someone shouted to the producer, “You look like Steven Spielberg.”

Which might have been right had Spielberg been standing on a narrow rock in Deception Pass, waves crashing all around and the only connection to safety was a narrow dirt trail.

I was tagging along as this band of outdoor enthusiasts and video pros were hiking and shooting three women running the trails of Whidbey Island’s Deception Pass State Park. Somewhere down the line, what they shot would be edited into a visual masterpiece for REI – maybe several. 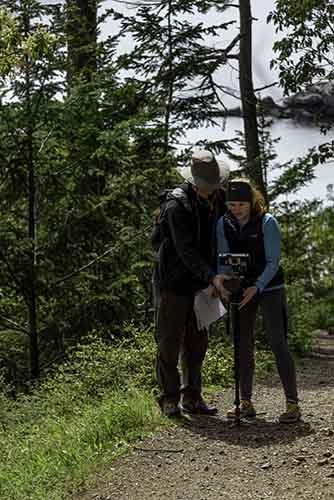 They had a list of scenes to shoot and two days to do it in. The second day had rain in the forecast, so efficiency was key and time was not something they could waste.

While that sounds like pressure, and maybe it was, they were also getting to work in one of the most scenic places in the state. They’d hike a little, shoot a little video, shoot it again, maybe again, and check a scene off their list.

For a short time, I got to be a third camera. Shooting stills, trying not to get in the way, and trying to keep up. My fit-bit would later show I was working for my shots.

The trails were steep in places, but the views were incredible. The location scout jokingly apologized for the horrible location. I joked back that, somehow, I’d try to make it look good.

I knew they did this all the time; shooting video of athletic people in pretty locations. But I also saw that this park had their attention. The majestic views, the wild water, the rugged “attitude” of the pass, all made what was really hard work, more like hard play. 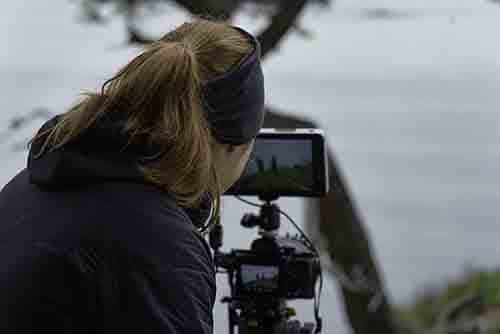 After a while I had shot enough pictures. So, I headed back down the trail, leaving them to their task, the sounds of work and laughter mixing with the wind and the waves.

Some days are just more fun than others.