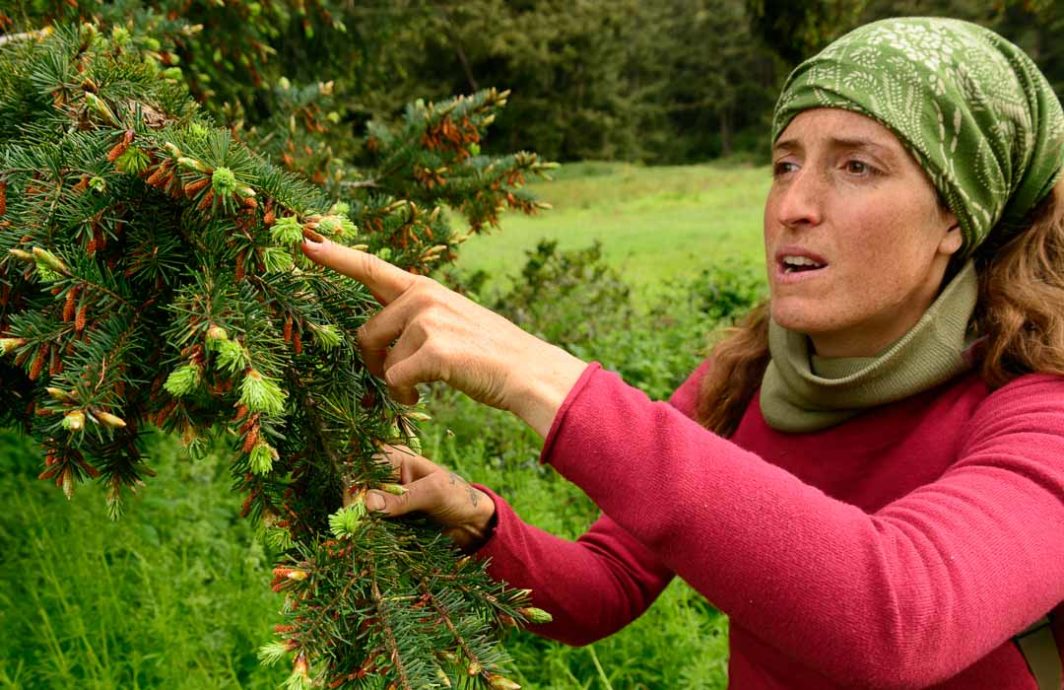 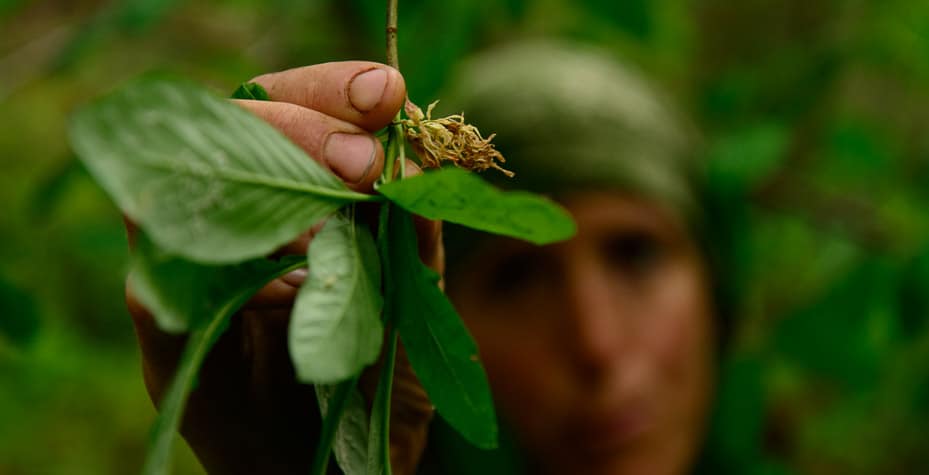 Foraging at the Pacific Rim Institute

I had breakfast with Kelsi Franzen recently.  It was her treat.  Not that she picked up the check, she just picked up breakfast.  More accurately, she plucked it.  Off grasses, off bushes, and off trees, breakfast came in delicious nibbles.

There was no expert chef to groom nature’s works into a morning delicacy, no accompanying …something to hide the raw nature of what we were eating.

Franzen has a Masters in Education, and this morning I was being educated.  She darted from one plant to another.  I wasn’t sure where she was heading next, and eventually I realized neither did she.  We were headed somewhere towards the woods surrounding the prairie at the Pacific Rim Institute near Coupeville on Whidbey Island.  But, after only a few steps, she’d again head off the path to something that just caught her eye.

From a grass that had a last name of “plantain,” to leaves to chew to ward off hunger, to the bright green tips of Douglas fir, we munched and talked.  Of the fir, I remember Franzen saying the bright green spring tips were best, but that the leaves could be eaten anytime of the year.  Indeed, the newly grown tips were sweet, so I had another, and even a third.

She explained how this could be chewed, that could be brewed, and the plant over there was past its prime.  Nature’s “Best By” date had passed. 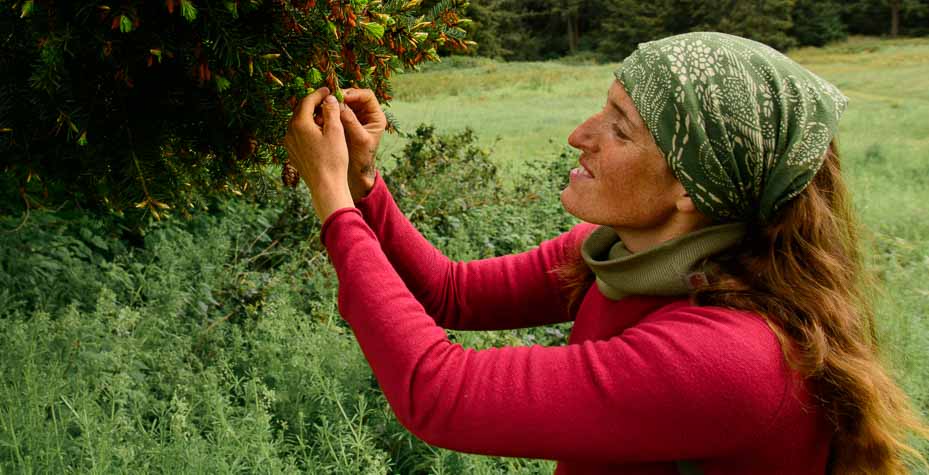 Kelzi Franzen shows the newly-grown portion of a Douglas fir.

This Whidbey Island native was full of information and more than happy to share.  And, that was the problem.  As a student, I was woefully unprepared.  I had only a camera, when I should have also had a recorder, or at least a notebook.  I could not remember all the great information she was sharing.  I was getting a little frustrated.

That’s when it hit me.  This stuff is hard.  What’s worse is that in a few weeks things will change out here on the prairie as new plants hit stride and others back away, and everything she just told me won’t be useful again until next year.

We imagine hunter-gatherers as rather simple-minded, bereft of cellphones, libraries, and even simple tools.  But I now understood they knew stuff, lots of stuff.  They also had to remember it all and pass it along to the next generation.

I thought about how we eat today — often focusing on something else while we eat.  We sip while driving, or snack while working at a computer.  Even a three-minute microwave dinner is agonizingly slow.  I realized that detailed information on how to forage was painstakingly gathered over millennia is now mostly forgotten.

Yet, scores of generations ago, people did know.  They understood a food’s purpose, knew where to find it, and, more importantly, when.  Yes, their understanding was largely guesswork.  But a few thousand years of trial and error creates a great library of information.

No, a morning of foraging won’t keep me from the local supermarket.  It will deflect me more often towards our farmers markets, summer vegetable stands, and similar choices.

And, when I got home, as I looked at the Douglas fir in our yard, I sensed it was getting just a little nervous. 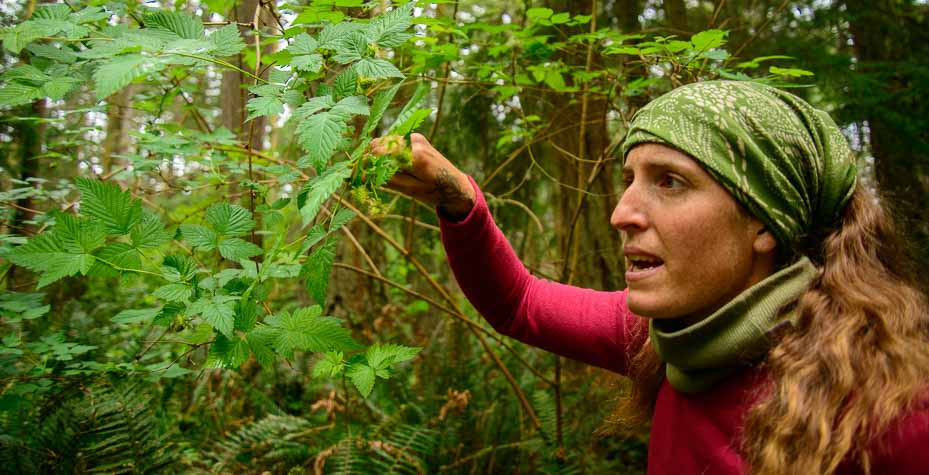 Kelzi Franzen points out the edible parts of a small tree.