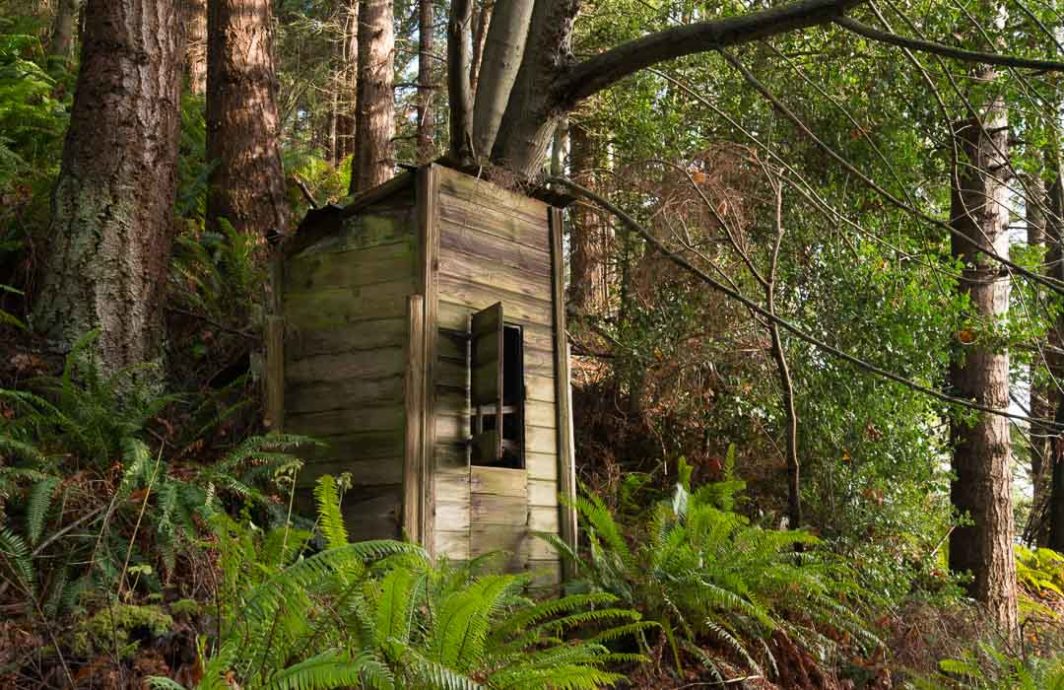 It was an impulse. It was winter and the day was far from perfect for playing outside, but that’s the thing about impulses, they often involve a willful disregard for facts.

The beach at Possession Point State Park is not something you stumble across. Located at the end of a narrow residential road at the most southerly point of Whidbey Island, the park is out-of-the-way, even by Whidbey and Camano standards.

It wasn’t the perfect time for photography. There was on again, off again rain, there were too many clouds, the beach trail at Possession Point would be damp and muddy. These reasons and a few more told me to stay home. Nevertheless, the impulse won and there I was hiking the beach trail.

“You’re timing’s great,” said a man walking back to his car, “the rain just stopped.” I took that as a good omen and walked on.

The hillside was covered with ferns, and I stopped to photograph this perfect drop of water hanging from a leaf. As I focused the camera, the drop fell, and the shot was missed. Nature waits for no man. Even a drop of water has nature’s schedule to keep.

I decided to wait to see what nature would offer as a consolation. 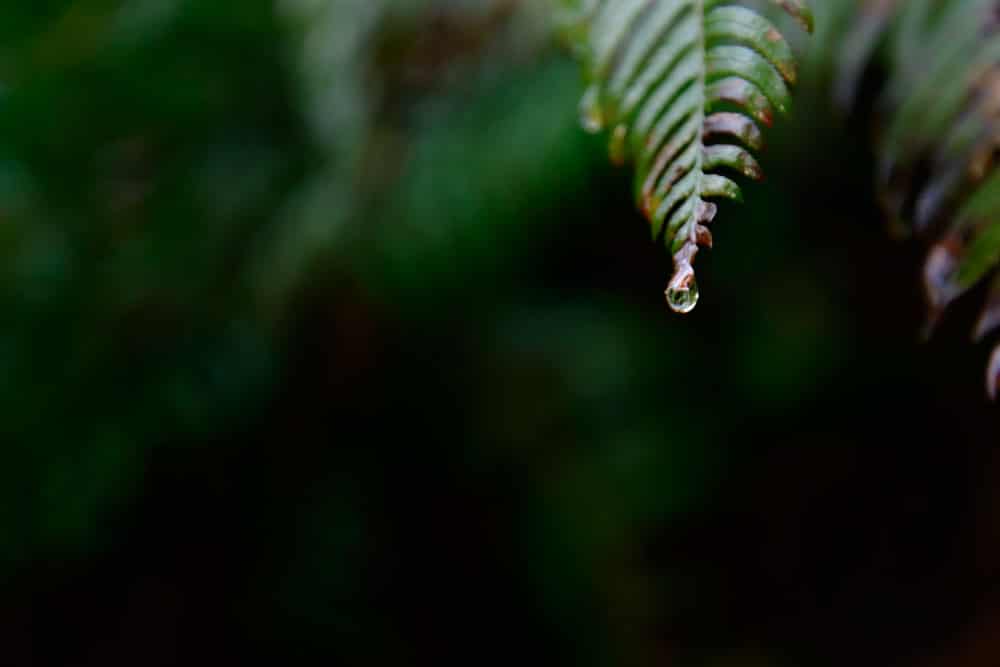 The very definition of something about to happen, a drop of water is poised to fall from a fern leaf.

Diffused, weak, and fleeting, it was imperfect. But it lit up more water drops and gave a glow to the ferns that usually was reserved for summer.  I saw a small wooden building I would learn later was an abandoned smokehouse.

I hurried for the beach and hoped the sun would stay. 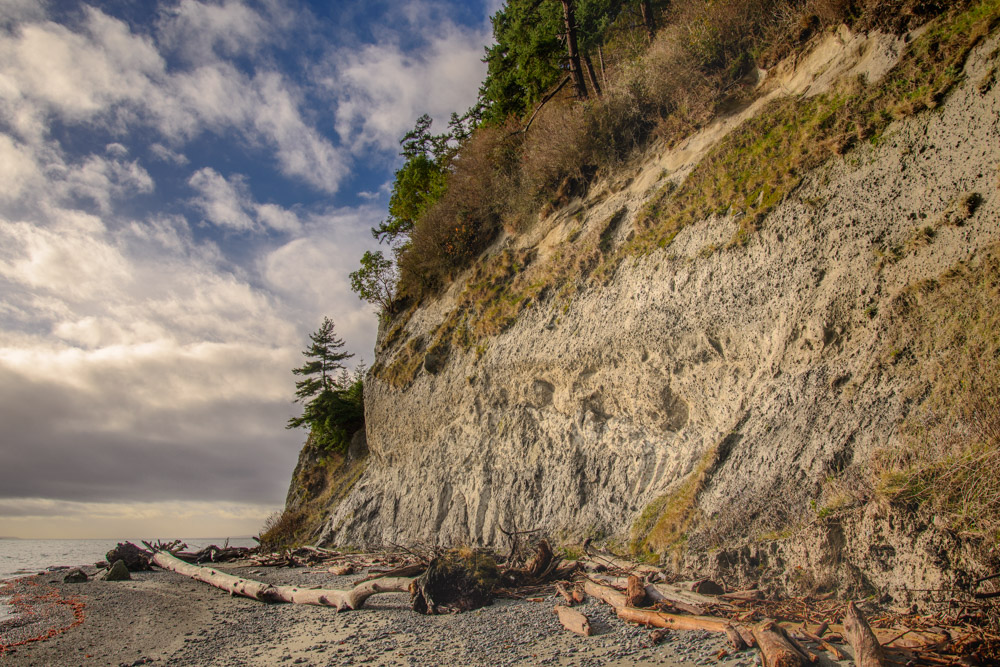 Where wind and water nibble at the southern end of Whidbey Island.

The beaches on the east side of Whidbey Island look back to the mainland, but, it’s the view back to Whidbey that dominates. A bluff overlooks the narrow beach, the exposed sandy soil gleaming in what is now a brighter sun. Trees hang onto the bluff for life, and this one large boulder is defying gravity, seemingly paused in mid-tumble down the bluff’s face.

There’s a caretaker’s house and I wondered what it’s like there on a stormy night.

There’s more rain on the southern tip than much of the rest of the island, and walking back to the car I see that much of the park is really a couple of ravines carved out by rushing water. As if to underscore that point, I saw a small amount, a trickle really, of water running down to the beach.